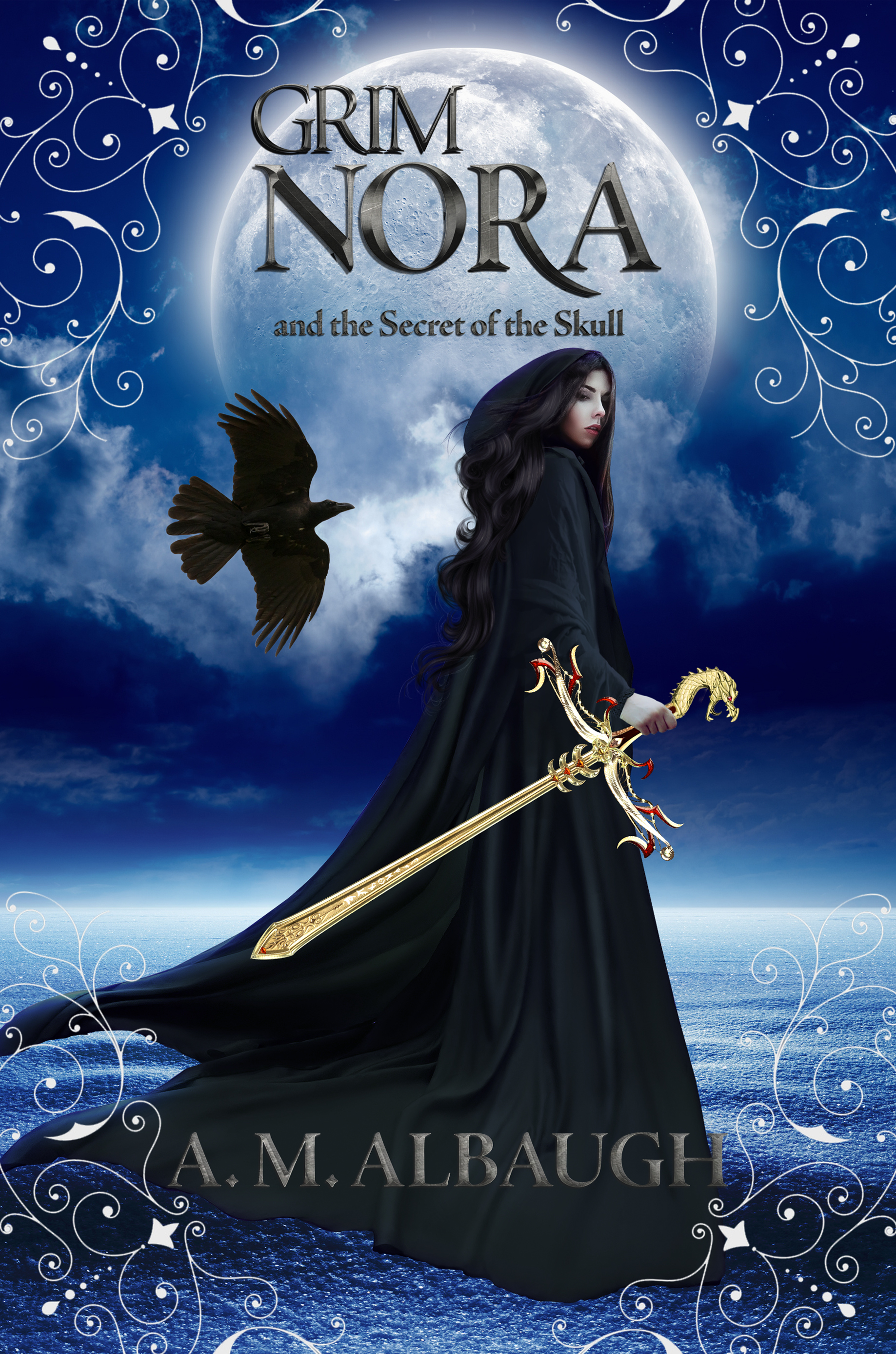 and the Secret of the Skull

When Nora Youngblood’s father dies on her sixteenth birthday, it’s the end of everything she ever knew. But a new journey begins with a skull-shaped pocket watch – the last gift from her father, a professor of archaeology. Where did this mysterious trinket come from, and why would a warlock named Kabos now be hunting her for it?

Nora, now an orphan, finds protection under a wizard named Malachi, his handsome apprentice, Aidan, and a brother she never knew she had. As she learns the truth about her family’s mysterious past, Nora seeks to uncover the secret of the skull, which leads to both a powerful and dangerous weapon. With the fate of the skull in her hands, she’s lured into the hidden world of Dubhgail to combat the treacherous Kabos – who has kidnapped her brother. Can she sacrifice herself to save her brother and her friends?

In this fantasy novel, a teenage girl discovers her magical heritage and soon finds herself facing the might of an evil warlock in another world.

Amazon
“I found this book to be very entertaining. There really were not any boring parts. You could almost see the action being played in your head. ”
Jill
“The author successfully grabs your attention and keeps it throughout with all the action, adventure, thrills and spills. Beautifully written, I greatly enjoyed this magical journey and grew to adore the main orphan character, Nora. She was extremely likable. You can tell that the author takes great inspiration from classic authors such as J.R.R Tolkien, but has a very unique style of her own. Definitely an author to watch out for and anyone who loves YA adventure fantasy with well developed characters, should read this. I believe older adults would equally enjoy this as well. ”
K.F.
“This is a serious must read for anyone who is into fantasy especially YA fantasy!

The story itself is well planned out and a good story always shows in the first part of the story, of course A. M. Albaugh did this perfectly! Throughout the whole story though I was gripped!

Conclusion, I highly enjoyed reading Grim Nora and the Secret of the Skull, I found it amazing, capturing and a stunning YA fantasy.”